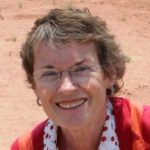 Harriet Kay Martin was born in Spencer, Iowa, on April 2nd, 1943.  She grew up in Fairfield, Iowa, with her four younger siblings, Steve, Paul, Ann and Cyndi, and her parents, Harriet and Kenny.  Kay attended Drake University where she graduated with a degree in pharmacy on June 6th, 1966.  While at Drake she met her future husband, Bob.  They got married 5 days after graduation and honeymooned in Minocqua (WI), Lakewood (CO) and Las Vegas (NV).

Kay and Bob lived in Milwaukee, Wisconsin, after graduation, but they eventually settled down in Colorado in 1972.  There Kay practiced pharmacy and Bob practiced dentistry, primarily in the town of Parker.  They also raised three children, Tim, Katie and Ted, all of whom are now happily married.  Kay loved nothing more than spending time with her 7 grandchildren, Nicholas, Josh, Tyler, Caleb, Abigail, Ainsley and Kian.  They called her Mimi, as anything along the lines of grandma or granny just didn’t fit her personality!

In addition to being a loving daughter, sister, wife, mother and grandmother, Kay was also an unbelievable aunt, cousin and godmother.  She never missed a wedding or graduation, and almost always made time for an important concert or performance.  Kay frequently traveled to New York, Minnesota, Illinois, Indiana, Wisconsin, Washington, Rhode Island, Florida and Iowa to spend time with her friends and family.

After retirement, Kay and Bob enjoyed spending time in Turks and Caicos with friends and family, or just one another.  Kay’s favorite hobbies in Parker included playing bridge with friends and following the Colorado Rockies.  She passed away on Friday, August 11th, in Colorado Springs.  She will be forever missed by her loved ones. Her smile was infectious and everyone she knew absolutely adored her.  She truly made the world a better place.

5 entries.
Christine Martin Leary
Growing up in Fairfield, Kay was a big part of our family -- from babysitting my brother, John, and me in Minocqua to asking me to be her flower girl in hers & Bob's wedding to being so loved by my pharmacist father, Ed Martin, who was so proud of his fellow Drake pharmacy grad!

It was wonderful to meet the beautiful Martin children and to be part of such an incredible celebration of her life shared by Cindy, the kids, and the grandkids.

Her loss is so very sad, but her legacy is joyful.

Dan & Chris Leary / John & Deb Martin
Kay Paide
Our family shares the understanding of knowning what living with ALZ is. The sooner its cause and cure can be found will keep families in the future from such pain and loss.
Our sincere sympathy to the Martin family.
Abby Ahrens Bemis
Keeping Kay's family in my thoughts and prayers. I have wonderful memories of days at the Smith house.
The Panzers
Ted and Yasi,

We are so sorry for your loss. We were only fortunate enough to meet your mother at your wedding, but she seemed like such a loving and caring woman. Our thoughts are with you.

It isn't much, but we have donated in memory of your mother.

Sincerely,
Aaron and Katie
Lynda Alexander
I was in Steve's FHS class of '62.
Kay was one of the sweetest persons I have ever known!
Love and prayers to her family!