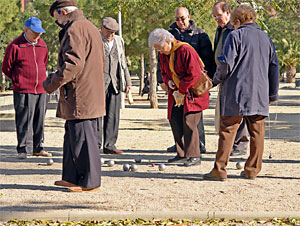 One in eight older Americans, or some 5.4 million people, has Alzheimer’s disease or another form of dementia. And nearly 15 million family members and others are providing unpaid care for them. That means more than 20 million Americans either have Alzheimer’s or provide unpaid care for those with the disease.

Most of those with Alzheimer’s are over 65, including nearly half of those over age 85. Nearly two-thirds of Americans with Alzheimer’s are women, a result of the fact that women tend to live older then men. At any given age, women and men are equally likely to develop the disease, and every 69 seconds someone develops Alzheimer’s.

These are among the findings of a new roundup of facts and figures from the Alzheimer’s Association. The figures reflect the growing burden of Alzheimer’s as our population continues to live longer. In 2000, there were an estimated 411,000 new cases of Alzheimer’s. By 2010, that number had risen to 454,000. It is expected to reach 615,000 by 2030.

Most people with Alzheimer’s live an average of four to eight years, though some can live as long as two decades. Alzheimer’s is the sixth leading cause of death in the United States.

While about two-thirds of those with advanced Alzheimer’s are cared for in nursing homes, millions of people with the disease are cared for at home. Some 80 percent of the 15 million caregivers who provide unpaid care are family members. Last year, they provided unpaid help on average for nearly 22 hours a week, though for many this figure was much greater. Caregiving can also cause problems with keeping a paid job outside the home.

Over half of family caregivers are women, typically spouses or adult children of those with the disease. Over a quarter of unpaid caregivers also have young children to take care of. Help includes everything from shopping for groceries and household cleaning, to help with bathing and dressing, managing finances, and arranging for medical appointments and care.

Not surprisingly, over 60 percent of caregivers say that they have “high” or “very high” levels of stress. Nearly a third have symptoms of depression. The demands of daily home care contribute to stress for caregivers, but putting a loved one in a nursing home, or making end-of-life care decisions, are also major sources of stress.

These figures highlight current and future challenges in dealing with Alzheimer’s. It remains the only leading cause of death that cannot be prevented or even slowed. Drugs for Alzheimer’s may provide some temporary relief from symptoms, but the disease continues its downward course.

Now, more than ever, more effective treatments are needed. The Fisher Center for Alzheimer’s Research Foundation continues to be a leading source of funding for Alzheimer’s research and education. It serves Alzheimer’s patients and their families by seeking to understand the causes of, discover a cure for, and improve the lives of people with Alzheimer’s disease. For more information, visit www.ALZinfo.org.