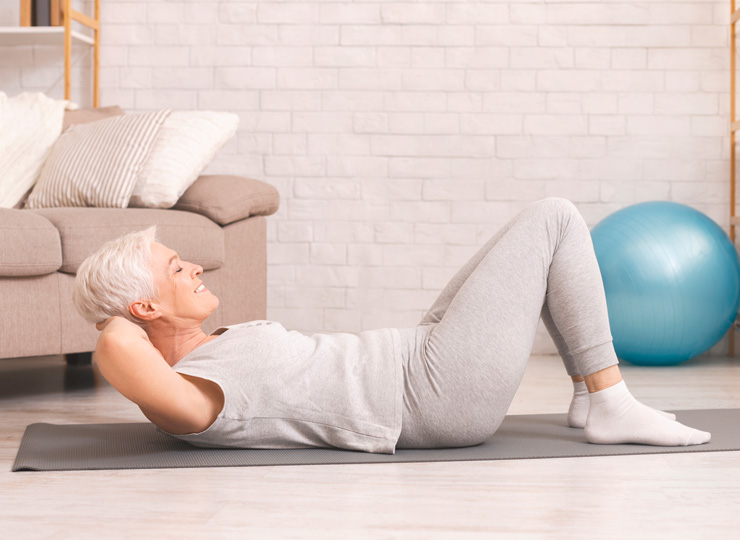 Healthy men and women at increased risk of developing Alzheimer’s disease showed brain benefits from a six-month aerobic workout program. The findings add to a growing body of evidence that exercise not only improves cardiovascular fitness but may have cognitive benefits as well, and may possibly help to ward off Alzheimer’s disease and other forms of dementia.

For the study, researchers recruited 23 adults at increased risk of Alzheimer’s, either because they had family members with the disease or a genetic predisposition to developing it. All were in their early to mid 60s and free of memory problems or other early signs of Alzheimer’s. None engaged in regular exercise.

The participants were randomly divided into two groups. One group was enrolled in an exercise program with a personal trainer, involving working out on a treadmill for three times a week for 26 weeks. The other group, which served as controls, received educational training about the benefits of a physically active lifestyle.

At the end of the study period, the participants in the exercise group, not surprisingly, showed signs of improved cardiovascular fitness. Most of them also continued to exercise once the study ended.

The exercise group also scored higher on tests of memory and thinking skills. They showed improvements, in particular, in executive functioning, which helps people to plan, focus, remember instructions and juggle multiple tasks at the same time. Executive function is one of the skills lost as Alzheimer’s disease progresses.

Brain scans also showed signs of enhanced glucose uptake in the posterior cingulate cortex, an area of the brain affected by Alzheimer’s disease. Improved uptake of glucose, or blood sugar, is a sign of increased activity and brain health. The findings were published in the journal Brain Plasticity.

“This research shows that a lifestyle behavior, regular aerobic exercise, can potentially enhance brain and cognitive functions that are particularly sensitive to Alzheimer’s disease,” said Ozioma C. Okonkwo, a study author and researcher at the Wisconsin Alzheimer’s Disease Research Center at the University of Wisconsin School of Medicine and Public Health. “The findings are especially relevant to individuals who are at a higher risk due to family history or genetic predisposition.”

The authors note that more study is needed but that, if confirmed, an “exercise prescription” could be a regular part of doctor’s recommendations for anyone at risk of Alzheimer’s disease.

Many factors contribute to someone developing Alzheimer’s disease. But as this study suggests, adopting an exercise program may help to keep dementia at bay, even in those at increased risk of developing the disease.