Erratic Driving as an Early Indicator of Alzheimer’s Disease 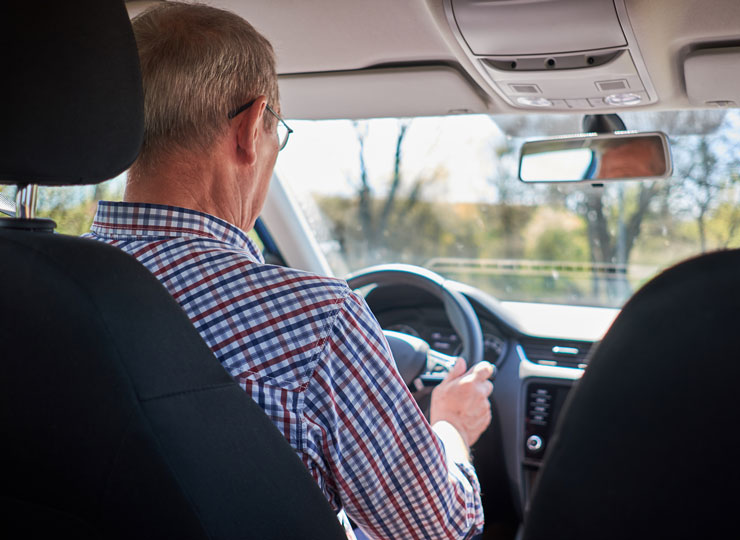 Can erratic driving be an early sign of Alzheimer’s disease? A new study suggests it might be. The study found that such behaviors as driving well under the speed limit, avoiding driving at night, frequent accelerations and braking, and other unusual driving patterns may be a sign that you are at increased risk of developing Alzheimer’s disease, years before more traditional symptoms like memory loss and thinking problems become apparent.

For this quite modest study, researchers at Washington University School of Medicine in St. Louis enlisted 139 men and women aged 65 and older, all of whom were free of dementia or other serious memory problems. All scored in the healthy range on tests of memory and thinking skills, and all drove their cars at least once a week.

About half of the study participants were at high risk of developing Alzheimer’s disease. The researchers determined their risk by looking at whether they carried the APOE-E4 gene, which increases risk, as well as looking at levels of specific proteins in their spinal fluid that can be markers of impending Alzheimer’s. These tests, as well as various types of brain scans and blood tests under development, cannot predict who will develop Alzheimer’s with 100 percent certainty, especially when taken individually. But they often can be accurate more than 80 percent of the time when several tests are considered and interpreted together.

The researchers equipped the study volunteers’ cars with GPS devices that tracked their driving habits over the course of a year. The devices tracked such measures as how fast they drove, how often they accelerated and brakes, how often they jerked the cars, the times of day they tended to drive, the places they drove to, and how far they typically drove during each trip.

Certain driving characteristics were more common in those at high risk of developing Alzheimer’s disease. Those at high risk tended to jerk their cars more often. They also tended to drive more slowly, travel less at night, and log fewer miles on the road overall, and per trip. The researchers were able to predict who was at high risk of Alzheimer’s more than 80 percent of the time, comparable to the biological tests. When the researchers looked at too additional features – how old participants were, and whether they carried the APOE-E4 allele (a specific version of the APOE gene associated with an increased risk of developing Alzheimer’s disease) — the predictive results were even higher.

The researchers say that driving behavior may act as a kind of “digital biomarker” to predict early on who is at high risk of developing Alzheimer’s disease, similar to the way brain scans, genetic tests and blood assays are used today.

The findings are not surprising. Changes in judgment, and not just memory impairment, may be among the earliest signs that Alzheimer’s may be affecting the brain. People with failing memory and thinking skills would be expected to have less judgment when it comes to driving, assessing the reliability of sales pitches, and going through the steps required to pay a bill.

Such behaviors also underscore that the brain impairment that occurs in Alzheimer’s may arise years before memory loss and thinking problems become evident, well before the disease is diagnosed. The findings do not prove that poor driving means a person will ultimately develop Alzheimer’s. But they do suggest that changes in driving patterns could be a red flag for families that something may be wrong. If you or someone you love is showing changes in their driving behavior or other behaviors, discuss it with your doctor.