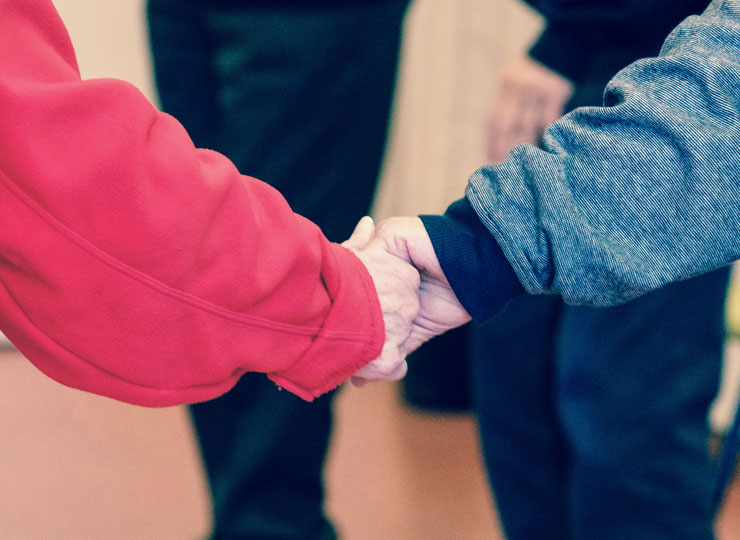 New York, NY, August 2018 – Last year researchers at the Zachary and Elizabeth M. Fisher Alzheimer Disease Education and Resources program at NYU Langone discovered combining a specific care management program with a commonly-prescribed drug for Alzheimer’s disease multiplies the medication’s ability to improve daily function by about 7.5 times, stalling some of the disease’s most damaging effects. This year new discoveries were made pinpointing the effectiveness care management has in reducing the need of anti-anxiety medication and trips to the hospital or emergency room.

“Alzheimer’s and dementia clinicians are aware that medications alone do not effect disease progression and have only modest symptomatic affects,” says research principal investigator Barry Reisberg, MD, professor of psychiatry and director of the Zachary and Elizabeth M. Fisher Alzheimer Disease Education and Resources program at NYU Langone. “Our new research shows that a comprehensive, patient-centered care program brings significant benefits in daily activities, which are important to individuals with Alzheimer’s and those who care for and about them.”

The new studies measured the added benefits the Comprehensive, Individualized, Person-Centered Management program (CI-PCM) had on patients allowing for the reduced need of potentially harmful anxiolytic (anti- anxiety) medications by 100%; hospitalization by 67%, and emergency room visits by 50%. Dr. Reisberg stated, the “CI-PCM study appears to be one of the first non-pharmacological intervention study associated with a decrease in anxiolytic medication usage in AD persons. We now know that anxiolytic medication causes an increase in death, stroke, and accelerated cognitive decline in AD persons.”

The two groups were compared at the end of the 28 week study using a clinical test which measures losses in the ability of a person to independently carry out daily activities, such as dressing, bathing and toileting. According to Dr. Kenowsky, successful replication of the new findings of a 67% decreased risk of hospitalization and 50% decreased risk of emergency room visits for AD persons who are under the guidance of the CI-PCM program, may lead to potentially, significant reduced AD care costs.

Alzheimer’s disease has been considered a degenerative condition, so there is currently little emphasis on retraining patients, says Reisberg. The team’s prior work had shown that losses in function related to Alzheimer’s occur in reverse order from the sequence in which the skills are acquired in the first place during normal development. They coined this process “retrogenesis,” which suggests that people with Alzheimer’s with advanced disease can still learn if their training matches the developmental age level that their disease has restricted them to.

The CI-PCM system used in the study included care partner training, and “memory coaching” a technique created by Sunnie Kenowsky, D.V.M., that teaches patients how to accomplish skills they lost, in combination with other supportive programs. This new research validates this hypothesis, says Reisberg, and shows that significant improvements are possible in some of the most disturbed and impaired community-residing people with Alzheimer’s.

This study was supported by the Fisher Center for Alzheimer’s Research Foundation.

For more information about the Fisher Center including ways you can support, please visit www.alzinfo.org. Together, we can end Alzheimer’s!