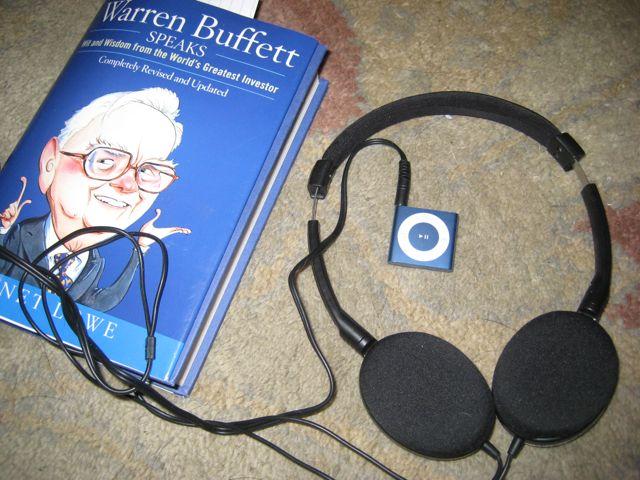 I was going to talk about visual agnosia today. You know–that phenomenon wherein your AD loved one grabs at the air instead of his coffee cup, or cannot see the bright red cardinal on the feeder three feet from your kitchen window, no matter how fervently you point.

But what happened is, I’m just a little too distracted today by something else which I will call “the presence.”

It is mid-morning. We have finished our usual early routines. Jeff has had his bagel and coffee. He’s fetched the newspaper, and done his turn on the elliptical trainer. Now he’s run out of things. I tell him we’ll go for lunch soon. It’s only 10:45 am, but a lunch outing combined with minor errands–restocking the OJ, cashing a check–ends up, most days, being the only way to dispense with the sensation that he’s a living Roomba, trundling randomly around the house, with nothing to vacuum up.

Often in Alzheimer caregiver parlance, this is referred to as hovering. Sometimes I think of it as ghosting, because you, the so-called “normal” party, have a heckuva time freeing your brain from its habit of assuming that since there is someone standing right here, it must be your obligation to engage with him in some way.

And so I engage. As I peck out a sentence on my laptop, Jeff hovers aimlessly through the kitchen. I stop. “Hey,” I say. “What can I do for you?”

“Nothing,” he replies. “I’m just…” He shrugs, and hovers through to the living room.

So I tap out another sentence after trying to reconnect to where I left off. Jeff hovers through from the other direction. I cannot not disengage from my work. And at five disjointed words per five minutes of focused effort, I’m not getting anywhere fast.

“Nah,” he says. “I’m going to go outside.” Which he does, without a coat. It’s about 30ºF out there. I am fortunate that classic Alzheimer’s wandering has not become a problem for us. Though Jeff’s visuospatial processing neurology is as threadbare as his ability to conceive of a goal or plan, he still knows who he is and where he lives.

Within five minutes he is back. I have eked out, possibly, another sentence and a half. Jeff drifts from the front hall to the kitchen, almost palpable behind my left shoulder, and I realize it is time to give up.

They make busy-boxes and activity books for Alzheimer’s patients. Some AD people take an interest in that old electronic babysitting stand-by, the tv. I have found only two things that work for us: Sometimes Jeff “reads” one of 3 or 4 books by Warren Buffett, or other stock market gurus: a former interest in which he never took much part, but still thinks of as a valuable thing to learn. Usually he gets no farther than the table of contents. Last week, one of our daughters looked over his shoulder: “Those are some pretty good contents,” she said. We smiled. Jeff chuckled.

My other tool is an iPod Shuffle. It is one of the classic tricks of Alzheimer’s that–while it saps a person dry of inspiration, motivation and goals–it leaves intact his response to the music he’s always loved, and he can drift off on a cloud of 60s grooviness as well as any hippie at Woodstock.

Jeff has given up on his nap, and roombas into the kitchen, where I am trying to tie this blog post into something marginally cohesive. He is hovering around the table, flipping vaguely through newspapers.

“Would you like to listen to music?” I ask hopefully. A winner. Yes, he would. I grab the Shuffle and earphones and check the volume. The Baltimore Jazz Orchestra is grooving out “Take the A Train.” I plunk the apparatus on Jeff’s head and point him to a comfy chair. He smiles, eyes closed, head bobbing. I will know that the next song, randomly generated, is “Blueberry Hill,” because he’ll sing along in a voice that is no worse than it ever was.

And I will type out this sentence and declare it done.