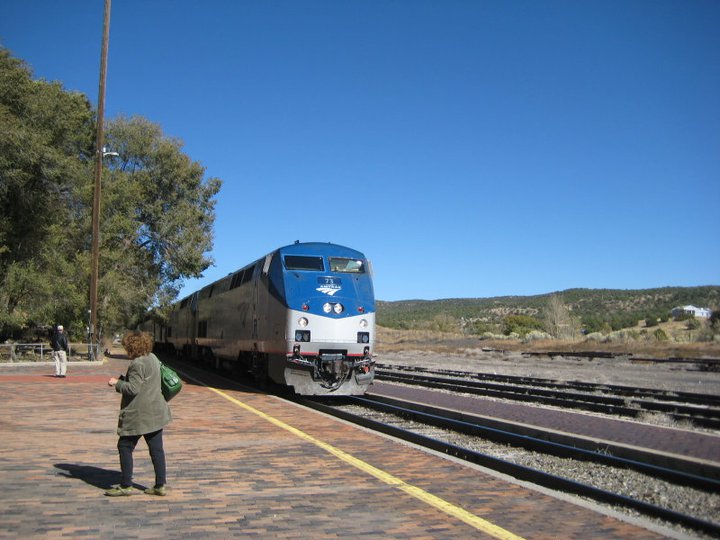 Excuse me Fisher readers… you’ve caught me at a bit of a vulnerable juncture. This morning when I stepped on the elliptical trainer (the one occupying an awkward 35º angle behind the family room couch, so Jeff can use it while watching tv,) I noticed that Jeff’s workout of moments before had left the following read-out on the display: Distance: 0.9 miles. Time: 32 minutes. Something about that seemed odd, so I soldiered through my own workout, making note of the end figures: Distance: 1.16 miles. Time: 22 minutes. (I get bored quickly.)

I will spare you the math, and some of the nonsense, and get straight to my point: Jeff’s level of exertion would net him a mile in 35.5 minutes, whereas I was puffing along at the relatively blazing speed of a mile in 18.9 minutes. This is significant because, for all his deficits in cognition and visuospatial processing, Jeff has maintained a lifelong stamina level that has run circles around mine. Up until… well, maybe this month.

There are seasons in Alzheimer-caregiving. There are slides and there are plateaus, and this winter I’m finding myself in one of those rocky places where–almost daily–the rubble shifts beneath our feet and I know we’ve lost another chunk of elevation. The elliptical’s electronic panel simply served to present me with what I already know in graphic fashion. No denial allowed. We look forward with uncertainty.

In October 2010, Jeff and I took an epic (well, epic by my standards,) cross-country Amtrak journey from Washington, DC, to New Mexico and Flagstaff Arizona. I knew there would be challenges, and I knew I was making memories that only I could keep, but I am not one to give up and pack it in early, and–all in all–I classify it, in retrospect, as a great trip.

A few weeks ago, my mom and I sat down with a stack of brochures fanned out in front of us. Goal: Take a trip together. Make hay while the sun shines. What would be interesting and slightly adventurous, yet Jeff-friendly? We almost booked a riverboat in Peru. We looked seriously at a cruise into the Galapagos Islands. We gave a good bit of consideration to river cruises in Europe.

It was more a process of elimination, in the end, than a selection. Drastic changes in time zone: out. Dealing with customs: out. And with those two parameters plus the unavailability of certain East Coast adventures in our time frame, we’d almost wiped the board clean. So we agreed on another train trip. We are, for now, booked on the Amtrak Empire Builder in April, with Whitefish, Montana as our terminus. We have until a week before departure to cancel our bedroom compartments should the ground shift too much under our feet in the next two months.

There is this nice feature to sleeping in a bedroom compartment on a train: For all the disorientation we are likely to experience each of the 5 times we wake up in the middle of the night, the toilet is only three feet away, and I can almost guide Jeff in and out without straying too far from my REM sleep phase. Each meal is a car away, and it’s also quite delicious to watch the country roll by while you pull out your read-aloud book (most likely something by Bill Bryson,) and maybe make tea.

So I’m waiting, and keeping an eye on that crumbly ground. Sooner or later this trip–any trip–will become untenable. Sooner or later I will make it to the Galapagos… but not with Jeff. Alzheimer’s demands that life be lived in the present. April will be its own present. We’ll see what life looks like when we get to it.

The Amtrak Empire Builder, by the way, can go 1 mile in 36 seconds. In case you were wondering.