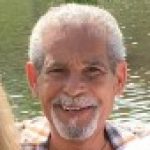 A Celebration of Life will be on March 21st in Bethlehem, GA.

Eddie was born in The Bronx, NY to Olga & Edward Yebra on July 8th, 1951. He was a successful and hardworking Salesman for several companies over his lifetime.

2 entries.
robert Collins
I will remember Eddie always laughing. He had a great personality. Although I wasn't in touch with him over these many years I will always remember him and his great zest for life. RIP my old friend.
Teresa and Hank Blair
Eddie you are with our Heavenly Father now. Continueslly praying for the family members. Rest In Peace Eddie.

Donate in Memory of Edward Yebra