5 Things to Know About the New Alzheimer’s Drug, Leqembi 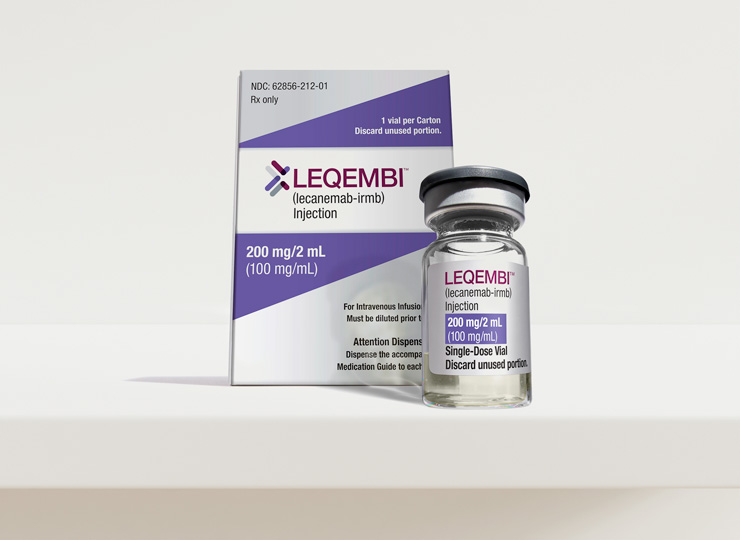 On  January 6th, the Food and Drug Administration approved, via the Accelerated Approval pathway, a new treatment for Alzheimer’s disease called Leqembi. While older Alzheimer’s drugs may ease symptoms for a time, they do nothing to stop the relentless downward course of the disease. Leqembi is the second of a new class of drugs that are designed to slow the progression of the disease.

“This treatment option is the latest therapy to target and affect the underlying disease process of Alzheimer’s, instead of only treating the symptoms of the disease,” said Dr. Billy Dunn, director of the Office of Neuroscience in the FDA’s Center for Drug Evaluation and Research. Here are five things to know about the new Alzheimer’s drug, Leqembi.

The new treatment may slow declines in memory and thinking skills in those in the early stages of Alzheimer’s disease, but it is not a cure. The drug is what’s known as a monoclonal antibody, designed to target the beta-amyloid plaques that build up in the brains of those with Alzheimer’s disease. It is made by the drug companies Esai and Biogen, and was tested under the name lecanamab. (In 2021, the FDA approved another monoclonal antibody for Alzheimer’s called Aduhelm, but in tests it seems that it was not as effective as Leqembi; its efficacy remains controversial and it has some potentially deleterious side effects. As a consequence it is not widely prescribed.)

In studies in nearly 1,800 patients over 18 months, Leqembi slowed disease progression by 27 percent compared to a placebo – equivalent to about a five-month delay in the disease getting worse. But both groups still showed declines in cognitive skills, and any benefits were modest. On an 18-point scale of memory and thinking skills, those getting the treatment scored about a half-point higher, which experts caution may not be noticeable to patients in their everyday lives. It’s unknown whether the treatment may have benefits over longer periods; continued testing is underway.

The treatment showed modest benefits in those in the early stages of Alzheimer’s disease and in those with mild cognitive impairment, which often progresses to full-blown Alzheimer’s. But it probably won’t help those with more advanced disease, when damage to the brain has become extensive. Nor would it be expected to help those who have dementia that is not caused by the amyloid plaques of Alzheimer’s. Indeed, patients that are candidates for the treatment must first get a brain scan to confirm that there is evidence of beta-amyloid buildup in the brain.

How is the treatment administered?

Leqembi is given as an intravenous injection every two weeks, typically at a clinic or hospital. Patients getting the infusions may experience flu-like chills, fever and other side effects.

The treatment with Leqembi, and with antibodies in general, carries risks. In tests, about 13 percent of people receiving the medication showed evidence of brain swelling, compared to less than 2 percent taking a placebo. About 17 percent had small bleeds in the brain, compared to about 9 percent of those in the placebo group. Several people who were receiving the drug have died of brain hemorrhages, including two who were also taking blood thinning medications, though the drug makers say the deaths were not a result of Leqembi. Still, experts caution that special caution is warranted, especially in anyone taking blood thinners, which doctors commonly prescribe to prevent or treat strokes. Patients may need to be monitored with brain scans to assess brain bleeding and swelling, which may cause symptoms such as headaches or dizziness.

How much does Leqembi cost?

The drug is expected to become available in the coming months at an average cost of $26,500 a year. That’s on top of any additional costs for administering the medication and follow-up testing. It is unknown at this time whether Medicare or other health insurance plans will cover some or all of the costs.