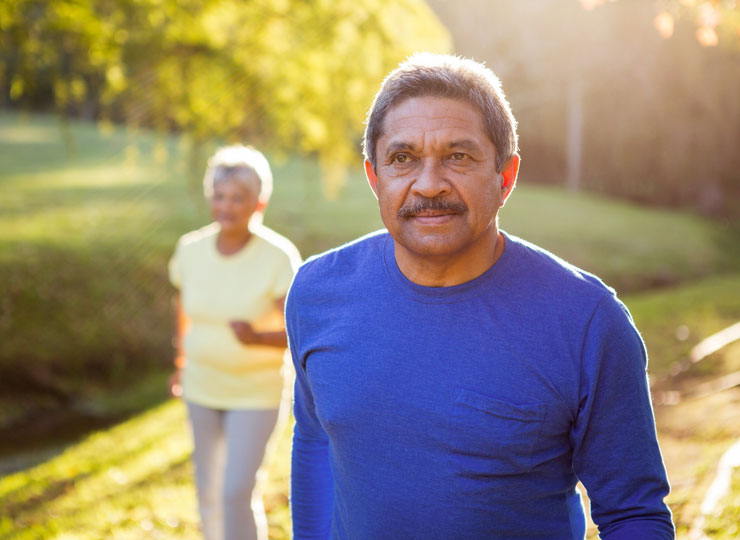 More good news on the exercise front: Brisk walking, running or cycling in middle age is good for your brain, according to a new report. And the more exercise you do, the better.

“Our study suggests that getting at least an hour and 15 minutes of moderate-to-vigorous intensity physical activity a week or more during midlife may be important throughout your lifetime for promoting brain health and preserving the actual structure of your brain,” said study author Priya Palta of Columbia University Irving Medical Center in New York City. “In particular, engaging in more than two-and-a-half hours of physical activity per week in middle age was associated with fewer signs of brain disease.”

The study, published in Neurology, tracked 1,604 men and women over 25 years, beginning when most were in their 50s (average age 53). Volunteers filled out detailed questionnaires about their exercise habits at the start of the study, including the duration, intensity and types of exercise they did. They repeated the exercise assessments several more times over the next two-and-a-half decades, and also underwent regular physical exams every five years.

At the end of the study period, researchers used MRI brain scans to look for areas of impairment or damage. They found that people who got the least exercise had a 47 percent greater risk of developing areas of brain damage than those who regularly worked out. The brain tissues (white and grey matters) of individuals who were most active in midlife, engaging in moderate to vigorous activities like brisk walking, running or cycling, were more healthy than for less active individuals 25 years later.

Those who were most active in midlife, engaging in moderate to vigorous activities like brisk walking, running or cycling, also had a greater density of blood vessels 25 years later.

“Our research suggests that physical activity may impact cognition in part through its effects on small vessels in the brain,” Dr. Palta added. “This study adds to the body of evidence showing that exercise with moderate-to-vigorous intensity is important for maintaining thinking skills throughout your lifetime.”