Exercise May Slow Progression from Mild Cognitive Impairment to Alzheimer’s 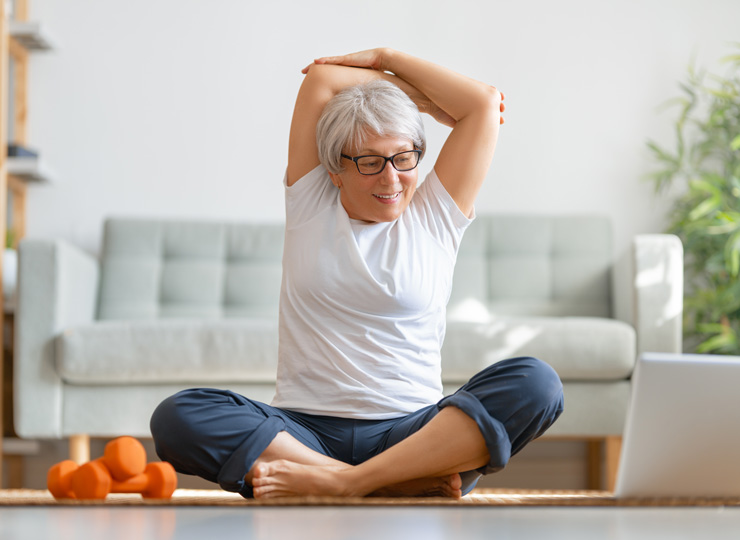 People with memory issues that are grouped under the umbrella name “mild cognitive impairment,” or MCI, often progress to full-blown Alzheimer’s disease. But getting regular exercise may lower the risk of developing dementia, according to a new report.

Researchers in Korea found that older men and women with MCI who got at least 10 minutes of moderate to vigorous exercise more than once a week were 18 percent less likely to progress to Alzheimer’s disease than their sedentary peers with MCI over the next two to four years.

And the more exercise you got, the better. Getting exercise three to five times a week reduced the risk of progression to full-blown Alzheimer’s another 15 percent. Moderate exercise included activities like lifting lighter weights, bike riding at a moderate speed, or playing doubles tennis. Vigorous activities included lifting heavy weights, running, aerobics classes, or cycling at a rapid pace.

As shown in numerous studies previously, it is never too late to start physical activities. Indeed, starting an exercise program after getting a diagnosis of mild cognitive impairment appeared to have benefits for brain health as well. Those with MCI who began to exercise after learning about their diagnosis had an 11 percent lower risk of developing Alzheimer’s than those who remained sedentary. The findings appeared in the journal Alzheimer’s Research and Therapy.

For the study, the researchers examined Korean national health data from 247,149 men and women who had gotten a diagnosis of mild cognitive impairment from 2009 to 2015. Most were in their mid to late 60s when they learned they had MCI.

They completed questionnaires about how often they engaged in exercise during the previous seven days. The researchers found that over the next two to four years, 8.7 percent of those who did not exercise got a diagnosis of Alzheimer’s disease, compared to 4.8 percent of those who exercise more than once a week.

The study does not prove cause and effect. But the authors point to other research showing that regular exercise may increase the production of molecules that support the growth and survival of brain cells. By increasing blood flow to the brain, exercising might also allow for a better circulation of the blood and the nutrients it carries, including boosting oxygen levels in the brain. Together, these actions may help to keep neurons from dying, which could translate into a slower reduction in brain volume that is often associated with dementia. Other studies show that regular exercise helps to prevent illnesses like high blood pressure, cardiovascular disease, obesity and diabetes, all of which have been shown to increase dementia risk.

There is still no cure for mild cognitive impairment or Alzheimer’s disease, and age and genetic factors play a large role in who gets the disease. But, as this and other research shows, there is growing evidence that the risk of developing dementia may be modified by lifestyle factors like exercise, mental stimulation and a heart-healthy diet. And the sooner these healthful behaviors are started, the better.